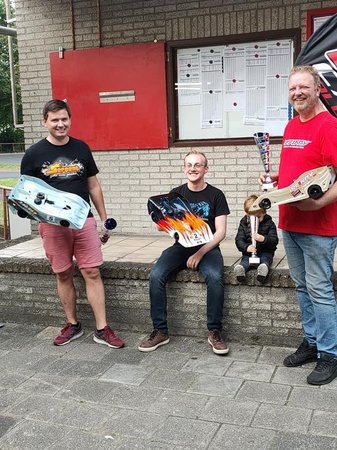 Final weekend the 4th spherical of the Dutch Nationals came about on the Mac De Baanbrekers observe. Within the NK class it was Shepherd driver Jesse Keller with the victory. In qualifying he needed to accept the second place behind Robin Hertong, however in the principle last Jesse he was in a position to take over the lead when Robin suffered some technical issues. After 30min Jesse crossed the ending line a lap in entrance of Arie Manten with Ricardo Hofmeijer finishing the rostrum one other 2 laps down. With this outcome the championship will likely be determined between Jesse and Robin on the last race at Raco2000 On & Off Highway Circuits Nederland.